A Dark Page In the Family History 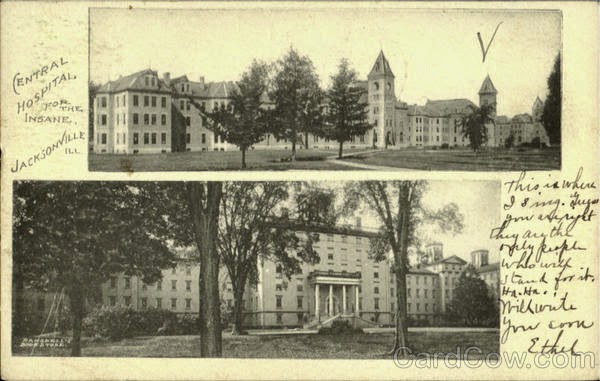 Up until recently, my family research has been mostly an exciting and enjoyable experience.The thrill of finding a long-lost relative. (Or,  more accurately, a long-hidden relative—because how could they be lost if I never knew I had them?) The smug satisfaction of turning up a missing piece of a puzzle. The fun of finding a colorful family secret that shows us to be not just a family of goody-goodies. Those have been high points in my research.

Oh, certainly there have been sad events—tragedies in each branch of the family. Such as the death of Guttorm  Guttormson, the brother of my great-grandfather Helge.   I read in a history of Green County, Wisconsin that Guttorm “slid from the top of a haystack and fell upon the prongs of a fork which penetrated his vitals, causing death in twenty-two hours.” How sad for him that his life ended while he was still in his twenties. How sad for his wife to be left alone with their young child.  But to my mind, saddest of all is the thought of Guttorm's mother, Barbro, losing her firstborn child as she was either carrying, or soon to be pregnant with, her thirteenth and last child. Yes, the whole sorry event is sad.

But the other evening, I discovered something  that goes beyond sad. What I discovered was disturbing. Disturbing enough that I wasn't sure I would sleep that night. It was a story I pieced together relating to my mother's great uncle Pete. He was her father's uncle and although I have a couple photographs of him, I really didn't know anything about him. Did he have children? Was he ever married or was he a bachelor?

It only took checking a couple of census records to find some answers. The 1880 US census showed that Simon Peter Odenweller had been married to a young woman with the unusual name of Lether Creel.  They had a one-year-old boy named Roy. Of course, there was no 1890 Census, and by the time the 1900 Census rolled around, both wife and child were gone from the household in Macomb, Illinois. In their place were another wife and two stepchildren. Sad, but still just sad. The disturbing part was yet to come.

Roy may have been gone from the household, but his name showed up elsewhere in the 1900 census. He was living in Jacksonville, Illinois—65 miles from Macomb. Next to his name, were many blank columns. One of the few filled-in slots was his age (21), followed by a column designating status in the household. He was identified as “patient.” Looking at the lines above and below his, I saw that almost everyone on that page was identified as a patient. Some had “physician” or “attendant” written as their status. Maybe he had TB and was in a sanatorium?

I looked at the previous page—again, all patients, physicians and attendants. I went all the way back to page one (there were 38 pages in all) and found the title page of the entire document.  This census file was entitled “Central Illinois Hospital for the Insane.” It was a punch to the gut.  How many years had he been imprisoned there? What kind of treatment did he suffer? Did he ever have visitors?  Who would ever know?

In those days, hospitals for the insane housed not only people with mental problems, but also people with other infirmities: epilepsy, “post partum syndrome,” physical disabilities.  Some patients were committed by family members as punishment or as a means of coercion.  I did a little research on the Central Illinois Hospital for the Insane and found that one woman, Elizabeth Packard, had been held there from 1860 to 1863—committed by her husband because she had challenged his religious views.  After her release, this brave woman worked to bring about a piece of legislation to protect other women from similar persecution.

In a Google search, I turned up an image of the hospital in the form of a postcard. From the year 1909, the photograph showed an attractive spreading building surrounded by lovely grounds. On the postcard was scrawled the message, “This is where I sing. I guess you are right they are the only people who will stand for it. Ha ha.” I'm sure the joke was representative of the attitude at the time—no offense intended and a good laugh was had by all.

The name of the institution underwent a change some time after that postcard had been written and sent.  To reflect the changing perceptions of mental health and approaches to mental health care, it was renamed The Jacksonville Mental Health and Developmental Center.  The building itself was demolished in the 1970's.

As for my relative, Roy W Odenweller, no more information is available beyond a photo of a gravestone with his name along with some other Odenweller names.  He lived another nine years, presumably in the same institution, and died at the age of twenty-nine—one year short of the next US census. 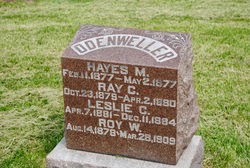